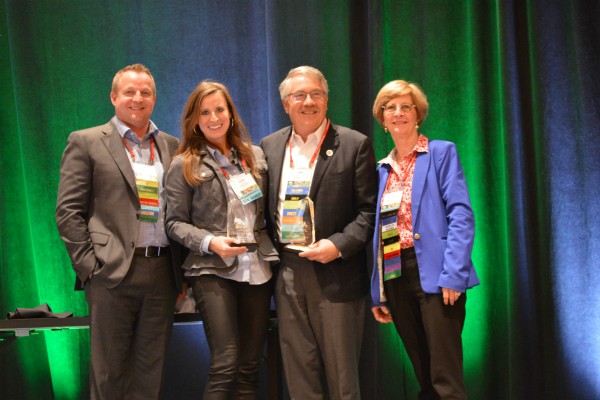 Many companies perform complex, highly technical work and require special treatment when it comes to a transition and sale. A good M&A process, managed by advisors who stay current with trends, participate in continuing education and remain involved in professional groups can make the difference.

Such was the case for Materials Research Furnaces, a N.H. based producer of high temperature furnaces used in manufacturing processes as well as research facilities.

Peter Sanborn, the second-generation leader of the Allenstown company, hired Business Transition Strategies to help sell the company. That was accomplished in late 2018 when Industrial Device Investments, a Tennessee manufacturing investment fund with a long-term outlook, purchased the company.

In November, BTS and IDI were presented the M&A Source Deal of the Year Award at the organization’s 2019 conference in San Antonio. The award recognizes a sale completed with an investment group or private equity fund initiated at one of the merger and acquisition organization’s bi-annual Deal Marketplaces.

At the same conference, Dalton took a course taught by BTS Director John Howe on selling manufacturing companies. The course made reference to another NH company – Technicoil – which was sold by BTS to Capital Resource Partners of Boston several years ago. The technical nature of that transaction intrigued Dalton, which led to a sidebar conversation after the class ended.

The next day, the MRF offering was discussed in greater detail with IDI representatives by BTS representatives Howe and Ken Schaefer during a meeting at the Private Equity Marketplace, which the two participate in regularly.

With an NDA in place, a confidential information memorandum was provided by BTS. Several weeks later, IDI indicated strong interest in becoming one of several groups to submit an acquisition proposal with an indication of interest letter. IDI ultimately delivered the best LOI proposal for acquisition. The deal closed roughly one year ago.

MRF units are used by ceramic and refractory metal engineers around the globe. Its furnaces are used for sintering, crystal growth, hot pressing, physical testing, annealing, vacuum brazing, heat treating and many other applications. Units reach temperatures up to 3500° C.

It was a good fit for IDI, which focuses on highly technical products. It intends to keep the company based in New Hampshire.

"The entire process went smoothly and professionally. The BTS team kept me fully informed at every step. They worked hard and were effective in bringing the deal home."

"Skip and I continue to be grateful for all you have done to make the sale of Pure Flow come to fruition."

"BTS’s level of expertise in the process and close attention to detail enabled us to successfully navigate the deal."

"Their professionalism and expertise are unmatched in the New England region."

"Their style is objective, straightforward, thorough and kind in the delivery of their assessment."

"These types of transactions are often long and complicated and I doubt it could have been successfully completed without your close ongoing involvement."

"The outside objective point of view that you have brought us has been invaluable as we prepare for the rapid growth."

"John then found the right buyer and coordinated a seamless transition—he doesn’t miss a single detail."

"John immediately identified our strengths and experiences and discussed a business that ultimately was more in line with our goals."

"The BTS team came in, evaluated everything in a professional and thankfully non-threatening manner."

"I investigated several brokers before selecting BTS who exceeded my expectations in every regard."

"What Linda and I were really impressed with was your knowledge, experience, focus, thoroughness, and drive to close the deal. We never once felt that something might slip between the cracks, surprise "